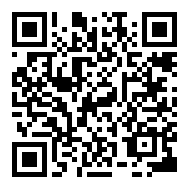 Ordinance No. 317, of the Federal Official Gazette, published by the Ministry of Agriculture, Livestock and Supply (MAPA) of Brazil has instituted the National Program for the Prevention and Control of the Huanglongbing pest (HLB), which is also known as Greening – caused by the Candidatus Liberibacter spp.

The is the main citrus disease and the greatest threat to citrus growing worldwide. It attacks all types of citrus and there is no cure for diseased plants. In Brazil, the pest is present and under official control in the states of Minas Gerais, Paraná, São Paulo and Mato Grosso do Sul.

According to MAPA, the new regulation defines the criteria for maintaining the phytosanitary status of the units of the federation without an occurrence, including the obligation to institute a contingency plan, aiming at the adoption of immediate actions to be taken in the event of the occurrence of Prague.

“A novelty in preventive action was instituting mandatory monitoring of the insect vector Diaphorina citri and of citrus seedling nurseries, which should be carried out in all areas at risk of being introduced to HLB, including in the municipalities of states where the pest already occurs,” the General Coordinator of Plant Protection, Graciane de Castro, reported.

The procedures related to the delimitation and control of the pest in the States where it already occurs were also updated, to prevent its spread to other free areas in the country.

The program was drawn up based on the revision of Normative Instruction No. 53/2008, requested from the map by research institutions, State Plant Health Bodies and associations representing the citrus production chain, involved in actions to monitor and control the disease.