Sri Lanka - Ban on agrochemicals: Where are we heading? 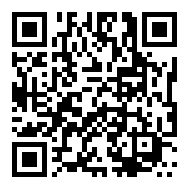 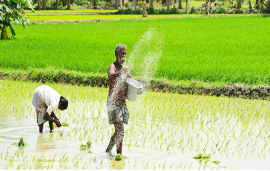 Sri Lanka is at present engaged in a total agrochemical ban as decided by the government. There are two aspects; the first is the ban on chemical fertilizers and the second is the anticipated ban on use of pesticides. Three eminent scientists, namely, Dr Parakrama Waidyanatha (formerly the Soil Scientist of RRI and later Chairman of Chilaw Plantation Ltd), Prof O. A. Ileyperuma Former Professor of Chemistry University of Peradeniya, and Prof C. S. Weeraratne Former Professor of Agronomy University of Ruhuna have effectively dealt with the repercussion of the ban on chemical fertilizers which appeared in the Island newspaper on recently. The major points summarized by these authors are listed below

1.These scientists are of the view that the President’s decision to shift totally to organic agriculture, from conventional, could lead to widespread hunger and starvation in future. Organic farming is a small phenomenon in global agriculture comprising a mere 1.5% of total farmlands of which 66% are pasture.

4.Sri Lanka has achieved self-sufficiency in rice due to the efforts of the Department of Agriculture and all these efforts will be in vain if we abruptly ban the import of fertilizer. While adding compost has some positive effects, such as improving soil texture and providing some micronutrients, it cannot entirely substitute the fertilizer requirements for high yielding varieties of rice. These will not Applying organic fertilizers alone will not replenish the nutrients absorbed by a crop. Organic fertilizers have relatively small amounts of the nutrients that plants need. For example, compost has only 2% nitrogen (N) whereas urea has 46% N. Banning the import of inorganic fertilizers will be disastrous, as not applying adequate amounts of nutrients will cause yields to drop; making it essential to increase food imports, r. This may be impossible as our economy is in dire straits.

Acute pesticide poisoning is a major public health problem in Sri Lanka. In dry zone of Sri Lanka, a very high incidence of serious pesticide poisoning has been observed, with 68% due to intentional ingestion of liquid pesticides due to easy availability and widespread use of highly hazardous pesticides. The frequent application of highly hazardous pesticides in high concentrations was often irrational and posed serious health and financial risks to the farmers. Sri Lankan farmers at present at mercy of Five Organizations namely The Central Department of Agriculture, . The Provincial Ministry of Agriculture, the Private sector Pesticide Companies, NGOs and the leading farmers who are advising them. Instead, enforcement of legislation to restrict availability of the most hazardous pesticides would result in an immediate health benefit. Improved agricultural extension services to promote alternative non-chemical methods of pest control is especially the use of Integrated Pest Management

1.Ban or stop imports of Pesticides in categories 1A and1B highly hazardous category And allow the lesser hazard pesticides to safeguard lives of farmers Judicious usage of pesticides is recommended

2.The promotion and the use of integrated pest management techniques whenever possible

3.To minimise the use of pesticides

Pesticide traders would be permitted to sell pesticides only through specially trained Technical Assistants.

Issuing pesticides to the farmers for which they have to produce some kind of a written recommendation by a local authority.

Introduction of new mechanism to dispose or recycle empty pesticide and weedicide bottles in collaboration with the Environment Ministry.

Laboratory-testing of imported pesticides by the Registrar of Pesticides at the entry-point to ensure that banned chemicals were not brought into the country.

Implementation of trained core of people who can apply pesticides.

Education campaigns to train farmers, retailers, distributers, and public with the adverse effects of pesticides.

Integrated pest Management and organic agriculture to be promoted.

4.To ensure the proper use of agrochemicals by farmers

Education campaigns to train farmers, retailers, distributers, and public with the adverse effect of pesticide.

Strengthening the awareness of extension officers/AIs/and related parties in pest and disease diagnosis and management principles.

In view of equality and human health, a need has arisen to develop and disseminate effective pest management methods that are safer, environment friendly and sustainable. Therefore, it is suggested that Sri Lanka adopts Integrated Pest Management as National Policy in Agriculture Production.

6.Development of a National Level Policy for Correct Pesticide Use

Imposing rules and regulations in issuing pesticides to the farmers for which they have to produce some kind of a written recommendation by a local authority (agrarian service, AI etc.). Proper monitoring programs should also be efficiently operated at field levels to ensure proper usage of agro-chemicals.

7.Promoting Production and Utilization of Organic Agriculture, and Bio Pesticides

Promotion and the production and utilization of organic agriculture and bio pesticides to reduce the use of chemical fertilizer is a safe strategy. Bio fertilizers and biological pesticides are proposed to be incorporated into agricultural practices in Sri Lanka enabling food security and sustainability.

Imposing strict plant quarantine laws at all ports of entries and changing laws suits with modern living strategies to reduce dissemination of pests and diseases. Rigorous implementation of Plant Quarantine as first line of defense against invading pests.

9.Imposing Laws and Introducing Guidelines for Postharvest Handling of Agriculture Produce without pesticide

Introduction of some set guidelines for wholesalers and retail traders in transporting/storing and general handling of fresh produce is a must in reducing postharvest losses. Research focused on minimizing post-harvest losses due to pest and diseases is also important.

The country also should have a professional body, like the Planning Commission of India, with high calibre professionals and other experts to advise the government on national policy matters rather than concentrating on individual opinions.

Source: The Island Online
Click to bookmark and build your agrochemical knowledge base
Print
ForwardShare