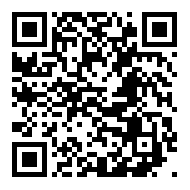 At an online event last month, Syngenta Portugal launched the herbicide Camix, which is developed to control grass and dicot weeds in corn, and recommended for application in pre-sowing (with incorporation), pre and early post-emergence.

Camix is composed of two complementary herbicidal active substances, S-metolachlor and mesotrione, and a crop protector, benoxacor. This combination provides the product with a wide range of actions, including on the main species of weeds that affect the corn crop, and an excellent selectivity in all varieties and cycles of corn, according to Syngenta.

“Mesotrione is quickly absorbed by leaves, roots and shoots. It translocates through the xylem and phloem and is quickly distributed throughout the plant. S-metolachlor is absorbed by the stem and root. Grasses are generally more sensitive when the herbicide is absorbed by the stem in emergencies, especially when this occurs in the area of the coleoptilar node. Absorption by the roots also contributes to damaging the stem,” Syngenta stated.

In addition, Camix controls the population of typical corn weeds, Amaranthus retroflexus, Chenopodium album and Solanum nigrum, which have demonstrated resistance to triazines in Portugal, the manufacturer added.