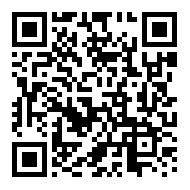 Limin won the competition against multinational companies and became the first enterprise under the new FAO mancozeb standard.

The initial CIPAC mancozeb analytical method is a chemical method. Limin has developed the HPLC (high performance liquid chromatography) method through technical innovation, having been granted a patent authorization (Patent No: CN201310305749.2). Compared with the old method, the HPLC method saves a large amount of manpower and material use, reduces environmental pollution and improves the accuracy and stability of analysis.

In the process of preparing the CIPAC method, Limin has already worked on updating of the FAO international standards. In 2017, Limin formally made a submission of mancozeb documents to the FAO. After the review at two session of the FAO / WHO JMPS, at the final review on the 18th JMPS, 2019, Limin stepped into the final review. Eventually, in this March, after smooth completion of the supplementary experimentation review, Limin became the first enterprise under the new FAO mancozeb standard.