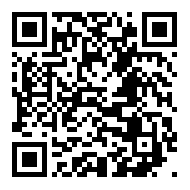 The IPO of the Gujarat-based crop protection chemicals manufacturer is at 22.67 times its trailing 12-month earnings per share (EPS).

Nirali Shah of Samco Securities noted that Covid-19 also had minimal impact on the company’s operations since all agrochemical companies were allowed to run at full capacities. It said that Heranba’s revenues have grown at a CAGR of 13 per cent from FY18-FY20 whereas its PAT has grown at a CAGR of 44 per cent. The company has recorded an average return on equity (ROE) and a return on capital employed (ROCE) of 31.3 per cent and 56 per cent, respectively, for the last three years.

"The company has also been reducing debt on its books and trades at a reasonable valuation multiple of 25 times P/E compared to its peers. The company faces high risk due to shoot up in raw material prices which forms a whopping 70 per cent of its expenses. Moreover, it faces high competition risk from peers such as Rallis India, Bharat Rasayan and Sumitomo Chemical. But despite these risks, Heranba continues to capture a dominant position with sound fundamentals and diversification capabilities," Shah said.

The company has a presence in a wide range of products across the entire value chain of synthetic pyrethroids with a market share of 20 per cent supported by a distribution network of more than 9,600 dealers spread across 16 states and 1 union territory. Exports business contributed to half of the total revenues in FY20. That included exporting technicals and formulations to more than 60 countries. The company 371 technical registrations obtained till November 2020.

Antique Stock Broking noted that the company management intends to focus on enhancing and streamlining production capacities and operations; entering the highly regulated markets of USA and Europe; developing new products at its R&D facility at Unit III and enhancing formulations & technicals business in international markets.

Brokerage ICICI Securities said that the company is benefiting from being an integrated pyrethroids manufacturer with a strong product pipeline, geographical expansion coupled with favourable macro factors are likely to drive growth. Apart from this, it has one of the strongest return ratios in the industry and a healthy balance sheet, ICICI Securities said.

It noted that Heranba is one of the leading domestic producers of pyrethroids with 19.6 per cent market share. Pyrethroids accounted for 68 per cent of the company's FY20 revenues.

"It is in the entire value chain of synthetic pyrethroids that provides flexibility to shift between products depending on the demand-supply and pricing dynamics. The company also has a strong pending product pipeline in pyrethroids including formulations filed by partners in domestic, export markets. Apart from this, more than half of the global demand for Pyrethroids comes from China. Hence, due to shutdown of chemical plants in China amid pollution, higher volumes of Pyrethroids are expected to be exported out of India," it said.

Geojit Financial Services has assigned a ‘subscribe’ rating to the issue on a ‘long-term basis’, considering its strong distribution network, rising export opportunity with healthy margins and profitability. The brokerage said the stock is available at 18.9 times FY21 EPS of Rs 33.20 on an annualised basis, which is reasonable compared with its peers.

Anand Rathi also has a subscribe rating on the issue. It said the company’s dominant position in the pyrethroids market, strong balance sheet, high return on networth (RoNW) of 30.47 per cent and reasonable valuations make the IPO attractive.