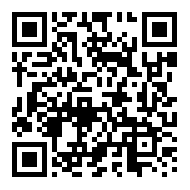 Argentina continues to be the third largest producer of GE crops by area after the United States and Brazil, farming 12 percent of the world´s total GE crop acreage on an estimated 24 million hectares.

On October 7, 2020, the Argentine company Bioceres Crop Solutions received final regulatory approval for its HB4 Eco Wheat, bred for drought tolerance, making Argentina the first country to approve GE wheat. The approval, however, is contingent upon approval in Brazil (Argentina’s main market for wheat). Developed by a joint venture between Bioceres and the French company Florimond Desprez, the HB4 Eco Wheat’s enhanced drought resistance comes via the HB4 event derived from sunflowers. The approval has raised concerns within the wheat industry, due to concerns over risk to wheat exports.

The Government of Argentina (GOA) has continued to update its biotechnology regulatory framework to improve harmonization with international instruments, particularly the Cartagena Protocol on Biosafety. In general terms, the updates cover new breeding techniques (NBTs), including gene editing, and eliminate the requirement for separate approvals of stacked GE events. This provides the country with a significant comparative advantage for the development and establishment of biotechnological ventures.

The seed royalty payment system issue continues to be unresolved. Argentine law allows farmers to save seed, resulting in unsecured intellectual property protections for GE seed. Despite intense debate, legislative attempts to create a payment scheme have all failed. Consequently, seed companies have been cautious in recent years in releasing new varieties, thus limiting farmer access to the latest technology. One exception to this trend occurred in late 2019 when BASF and Syngenta re-activated the approval process for several GE cotton lines.

China’s approval of GE events continues to be a top trade priority for Argentina due to its importance as an export market for Argentine biotech-derived agricultural products. Since 2015, the Government of Argentina has granted only conditional approvals for GE soybean products, mandating that events must be approved in China before domestic commercialization.

GE soybean events approved in 2019 included DBN 09004-6, the first Chinese developed soybean event approved anywhere in the world. The initial approval by a third country, in this case Argentina, is a prerequisite for approvals of GE events for import into China. As a result, the Argentine approval allowed this event to be approved by the Chinese Government in June 2020.