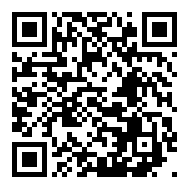 Sumitomo Chemical launched in Brazil the insecticide Abaday® (lufenuron + thiodicarb), which is a product that has double effect on the control of caterpillars in soybean, corn and cotton. It also has a residual effect that guarantees long-term control.

Abaday enters the Brazilian market to meet the need of rural producers to combat caterpillars that are difficult to control. "Abaday has two modes of action that complement each other, having a synergy and generating greater contact and residual effects", explained by Alexandre Manzini, agronomist and insecticide manager at Sumitomo Chemical.

In addition, the new insecticide presents innovation as being ideal for resistance management and integrated pest management, the confidence to control the various stages of the caterpillars, according to Manzini.