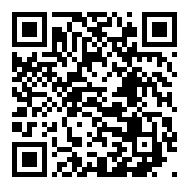 −− Estimate for June quarter reported a contraction of 23.9 per cent in national GDP, but agriculture was the only sector to have reported positive growth 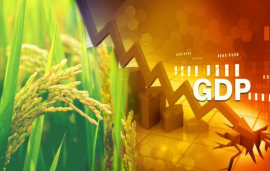 Agriculture was the only sector to grow for April-June 2020 among eight used to compute India’s Gross Domestic Product (GDP).

GDP shrank by a whopping 23.9 per cent according to the National Statistical Office’s just-released estimates for the first quarter. The economy grew 5.2 per cent in the same period a year ago.

It was expected due to the novel coronavirus disease (COVID-19) pandemic and the near cessation of economic activities. But what comes as a silver lining is the exceptional show of the agriculture sector.

GDP in monetary terms during the first quarter was estimated at Rs 26.90 lakh crore. This was Rs 35.35 lakh crore last year for the same quarter. This means there has been an overall loss of Rs 8.45 lakh crore.

Gross value added (GVA) by agriculture has grown by 3.4 per cent in this quarter, compared to last year. In other words, the sector has added Rs 14,815 crore in the first three months of the fiscal in absolute monetary terms.

In the overall GVA, the quarter experienced a contraction of 22.8 per cent in comparison to last year.

The lockdown coincided with the Rabi season harvests. The latest GDP figure for agriculture is encouraging given the disruption in the supply chains and the subsequent impact on the income of farmers. The current estimate includes the agricultural production for the Rabi season (including production of dairy products, fishery and poultry).

With the kharif season still on, the acreage has already surpassed recent records. In fact, agriculture has attracted huge private investments in July-August. This is unusual, given the large number of farmers quitting farming in recent years.

But the reverse migration to villages and the uncertainty of future livelihood has forced many to invest back on agriculture.

Its economic impact would be known when the GDP estimate for the next quarter is released at the end of September. But what has emerged since last year is that agriculture is slowly gaining its relevance to the national economy.

Just a week back, when the Reserve Bank of India (RBI) released its Annual Report 2019-20, this aspect got buried in other headlines.

The RBI estimate showed that agriculture in 2019-20 recorded a real GVA growth of 4.0 per cent. This was due to the record food grain production.

This accounted for 15.2 per cent of the overall economic growth. For the agriculture sector, this is a new record. It surpassed the industrial sector’s contribution to economic growth, that was just 4.7 per cent in 2019-20.

This was for the first time since 2013-14 that agriculture regained this economic prominence. RBI estimated that this growth positively impacted the economy of 48.3 per cent of the country’s total households.

“As regards the evolution of aggregate supply conditions in 2019-20, agriculture and allied activities provided a silver lining, with record food grains and horticulture production and favourable terms of trade for the farm economy,” said RBI, which otherwise has termed the last fiscal year as one of the worst in terms of economic growth.

But it gave a warning as well which has been a nagging problem for farmers in recent years: the challenge of managing supply gluts, particularly in cereals.

Farmers have not been earning a fair price for their produce even though food inflation has been high, or consumers have been paying more for agricultural produce.

In July this year, given the surge in kharif acreage and in a clear sign of revival of interest in agriculture, tractor sales went up by 38.5 per cent. This also means that farmers are investing more this kharif season, not just on inputs but also on big facilitating machinery like tractors.

So, the profit has to be proportionate. But this depends on whether the farmers get the right price for their produce.

In its prospect review for 2020-2021, the RBI annual report has suggested that without a fair term of trade for agriculture, the income would not be proportionate to the production.

This is what haunts the farmers now: Will they reap a good economic harvest?