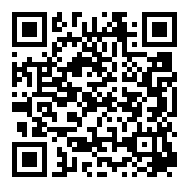 RNA interference (RNAi) is a biological process in which endogenesis or external-origin double-stranded RNA (dsRNA) inhibit gene expression or translation. Such a process is common in natural organisms. According to research, scientists discovered RNAi in the 1990s, and since then, it has become evident that RNAi has enormous potential in the suppression of target genes. RNAi has been applied in entomology research and the development of innovative pesticides in the past few years, thanks to its high efficiency, species specificity and ease of application.

How does RNAi protect crops from insect pests?

RNAi interferes with the insect’s gene expression, and prevents protein synthesis, thus decreasing the insect’s adaptability to the environment or leading to its death. To make external-origin dsRNA work for crop protection, pest feeding on the dsRNA is the main way to start the RNAi process. The dsRNA can be absorbed in the insect’s midgut. If the target gene is not in the midgut, the interference signal can be passed through cells and eventually reaches the gene to inhibit its expression.

There are mainly five types of target genes that RNAi works on to control insects, namely lethal gene, resistance/immunity-related gene (to decrease the resistance of insects to pesticides), growth/development-related gene, oviposition-related gene, and the olfactory gene (to prevent insects from identifying crops).

The most popular way to introduce dsRNA into insects is through feeding. This method is easy to implement, no special equipment is required, and it is convenient to study RNAi using this approach. It has been successfully utilized to control many species of pests, such as Nilaparvata lugen, Reticulitermes flavipes, Rhodnius prolixus, Diabrotica virgifera, etc. However, it might provide slow-killing efficacy, and is invalid to pests at the egg or pupal stage since they feed on nothing.

1) Due to the high specificity of dsRNA, such a technology has a small effect on non-target organisms.

2) As RNAi naturally occurs in the environment or organisms, and is biodegradable, the toxicity potential of RNA pesticides is lower than that of chemical pesticides.

3) RNA pesticides can be developed to control all species of pests. While comparing such products to Bt technology, for example, scientists have found that Bt crops provide limited control on sucking insects as Bt toxins have hardly any effect on them, whereas RNAi may offer an alternative solution.

The commercial potential of RNAi for pest control depends mainly on the efficiency of dsRNA uptake by target pests, the stability of dsRNA in the pest body, and dsRNA concentration in the pesticide. These factors have an impact on the price of the product.

A great challenge for many manufacturers is in terms of RNA degradation. RNA may be easily degraded after being sprayed in the field. Therefore, its efficacy may not last long enough and frequent reapplication may be required. This might result in high costs for growers.

Since the discovery of RNAi, scientists have made significant progress in the improvement of technology. A team from the University of Queensland developed a spray of nano-sized clay (BioClay) used to release dsRNA. BioClay contains dsRNA and is broken down by a combination of water and CO2, leading to the slow release of dsRNA over several weeks and high efficacy of RNA to control pests.

Companies with leading edge technologies have been overcoming challenges through financing and R&D collaboration. All this facilitates the RNAi application on crop protection. Examples below illustrate the progress that the industry has made in the past few years.

On the other hand, several companies develop non-transgenic strategies to deliver dsRNA. Their technologies are acceptable to people who are against GMO produce.

GreenWorX™ is the proprietary, cell-free bioprocessing platform of GreenLight Biosciences that allows them and their partners to produce high-quality, cost-effective RNA products through biology. Their RNA products are applied as a foliar spray on the leaves. After the pest eats the leaves, dsRNA enters the insect’s stomach and intercepts the RNA message, following which the pest loses its appetite for leaves and starves to death.

Mick Messman, chief commercial officer at GreenLight Biosciences, said, “Our system accelerates the process of introducing a new product into the market. As the timeline is so much shorter than with a conventional chemical product, it is less expensive. If the genome of an insect is mapped, then it’s more a matter of designing than discovering. We essentially design a sequence to impact that specific insect.”

The company’s first product has been designed to control the Colorado potato beetle, which feeds on potato leaves. This foliar spray product will be applied for regulatory approval in 2020. The company expects complete registration in 2022.

TechAccel is an ag-tech and investment enterprise. It awarded the first grant in 2017 under its “Path to Commercialization” program at the Donald Danforth Plant Science Center, one of the world’s largest independent plant science institutes. The grant was to fund a project to demonstrate a sprayable technology to apply RNAi in a biopesticide against the Diamondback moth. The funded project allows the Danforth Center to test a new delivery approach that would enable it to be used on a wide variety of crops.

In 2019, TechAccel also announced that it participated in GreenLight Biosciences’ funding round for collaborative research, leveraging GreenLight’s technology in advancing biopesticides. Brad Fabbri, Chief Science Officer at TechAccel, said, “Until just a few years ago, RNA at the cheapest was maybe one to US$10,000 per gram, which is too expensive to spray on a field, but GreenLight got it below a dollar a gram which makes it possible to actually use RNA as an ag chemical.”

In 2018, AgroSpheres signed partnerships with GreenLight Biosciences and TechAccel for dsRNA encapsulation. These partnerships test AgroSpheres’ technology of dsRNA delivery to control the Colorado Potato Beatle and Lepidopteran insects. AgroSpheres provides a microscopic cell, AgriCell, that shields actives from harsh environmental conditions and enhances their stability in the field. AgroSpheres’ AgriCell: A phospholipid membrane forms a natural shield that envelops actives and protects them from heat, UV light, enzymes, and microbes. Actives encapsulated in the AgriCell degrade more slowly and remain effective against pests for a longer period of time. (Source: AgroSpheres)

Renaissance BioScience Corp. announced the filing in 2019 of a PCT patent application for a yeast platform technology that produces and delivers RNA. According to the company, yeast produced and delivered RNAi effectors are protected from degradation in the field. Moreover, yeast is easy and inexpensive to produce, and is a safe and well-understood microorganism.

Bayer has submitted RNAi-based product to US EPA for registration

BioDirect, based on dsRNA, was submitted by Bayer for registration in 2019. The product has been developed to control varroa, which is the most damaging pest to apiculture. This is the first US EPA submission for an exogenously applied dsRNA biopesticidal active ingredient in the industry.

RNAi in crop protection can be achieved by transgenic technology, sprayable dsRNA formulation, trunk injection or root drenching. Other approaches, such as seed coating or powder/granule formulation, require further studies.

Key challenges and essential steps for RNAi-based pesticides include identification of the right target genes and improving the efficiency of product usage. Much progress has been made on their application over the past few years.

Until today, at least two regulatory agencies (Canadian Food Inspection Agency and US EPA) have approved RNAi-based pesticides. RNAi technology is a new and innovative approach in the crop protection market. It may substitute or combine the use of chemical pesticides and reduce the hazards from them. This technology opens a new vista for pest control and holds great promise for the future.