Registrations of microbial pesticides in US from 2015 to 2018 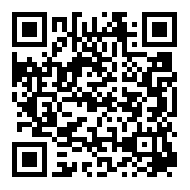 Biopesticide has been highly recognized due to its small side effect, high safety and environment-friendly property, having become a new trend of pesticide development worldwide. Biopesticides in Europe have development rapidly in the last few years, but unfortunately Europe is not developed into the world’s largest biopesticide market because of the restraint from the regulatory procedures in the EU. This article talks about the world's most mature and also the largest biopesticide market – the U.S. market.

In August 2017, the American biopesticide company AgBiome obtained EPA’s approval of registration of the biopesticide Howler™. It is the first product developed by AgBiome and launched to market by AgBiome Innovations, which is used for prevention and control of a series of fungi and oomycetes diseases. AgBiome declares that the activity of the fungicide is 20 times higher than the existing biological solutions. It also says that the product can completely supplant chemical pesticides in respect of control effect. This is a rare statement, as biological product manufacturers generally acknowledge that their products can reduce the use of conventional chemical pesticides rather than complete replacement of chemical pesticides.

In November 2016, the biological fumigant MBI-601 EP of Marrone Bio Innovations was granted registration in the United States. According to information, MBI-601 EP can be used for treatment of agricultural and horticultural soils, which can control and inhibit plant parasitic nematodes, soil pests and soil borne diseases. Its active ingredient, Muscodor albus, can produce a variety of chemical substances, which not only can kill or inhibit the growth of some destructive nematodes and pests, but also can control specific plant diseases such as root rot, damping off, blight and greensickness. In addition to soil treatment, the novel microbial pesticide is expected to have more applications to lawn, forestry seedling, post-harvest and seed treatment.

In 2016, the LifeGard WG of the US Certis, Mitsui Chemical, was granted registration in the United States, with the active ingredient being Bacillus mycoides, which is the first biopesticide in the world to act via induced resistance against fungal and viral diseases. In that year, the product won the world's best biological innovation award. LifeGard WG is registered mainly for control of potato early blight, late blight and powdery mildew. So far, the product has been sold in most of the regions of the United States and Canada, with a good market response. The product BIOPROTEC (Bacillus thuringiensis Kurstaki EVB-113-19) is owned and registered by AEF Global of Canada.