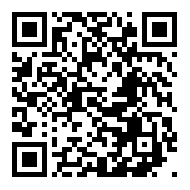 Favorites Print
ForwardShare
May. 1, 2020
Reporter: Brad Thompson
Nufarm is looking at ways to reduce the supply risk posed by China being the sole source of products needed for agricultural production in Australia – such as chemical inputs into herbicides, pesticides and fungicides.
The company said on Wednesday recent shortages had illustrated just how reliant Australian agriculture had become on China – not just as a customer but as a supplier.
Laverton-based Nufarm said manufacturing and formulation in Australia had taken a hit as China extended its reach into the local market.
It said China’s ever-growing presence in the market had coincided with changes to the free trade agreement and the provision of incentives by Beijing for the export of finished products rather than raw materials.
Although a focus of the growing rift between Canberra and Beijing over COVID-19 has been the threat to exports, Nufarm said Australian farmers now depended more than ever on Chinese products to produce crops such as wheat and barley, and feed for livestock.
Nufarm general manager for Australia and New Zealand Peter O'Keefe said the company was looking at options to mitigate the supply risk.
"We know supply security is a broader issue that is also on the minds of the government," he said.
"As a nation, Australia has lost a lot of domestic manufacturing over the past few decades, largely because we are a small market and struggle to compete without scale and access to competitively priced energy and labour.
"Clearly, inputs such as crop protection and fertiliser are essential to support domestic food production and agricultural exports."
Winter crops
Farmers have complained of shortages in fertiliser and crop protection products, including the controversial weedkiller glyphosate, as they plant this year’s winter crops.
Nufarm was left sweating on shipments from China to keep up supplies as reports of hoarding prompted a call for calm from the National Farmers’ Federation.
In the case of glyphosate, still by far the biggest selling farm chemical in Australia, China now exports 70-80 per cent as a finished product.
Only five years ago, 60 per cent was supplied in the ingredient form and formulated into the finished product in Australia.
Nufarm, which has formulation plants in Western Australia and Victoria, said the trend was not good for local manufacturing and formulation.
Speaking at the forum of agribusiness leaders and major investors run by Pac Partners and Westpac, Mr O’Keefe questioned whether the ASX-listed company was competing on a level playing field.
“This [increased reliance on China] has coincided with changes to free trade agreements and Chinese government programs that incentivise exports of fully formulated products over raw materials,” he said.
“Nufarm operates in around 100 countries and Australia stands out as one of the most open markets, with low barriers to entry.
“When you combine that with our proximity to China, the result is crop protection margins that are structurally lower than any other region we operate in.”
Canada-based fertiliser giant Nutrien and Elders, which supply to farmers, have assured clients they can source enough stock to meet demand, which has spiked after the recent rains.
However, Nutrien has also pointed out that active ingredients in a range of herbicides, pesticides and fungicides can be sourced only from China.