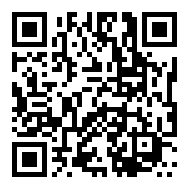 A cohort of 60 farming and environmental groups have written a joint letter to the Prime Minister to highlight the importance of ensuring the UK’s standards of food production are not undermined when the UK leaves the EU this week.

With Brexit day (January 31) approaching, the NFU and other organisations including the National Sheep Association and Scottish Land and Estates along with green lobby groups such as RSPB, Greenpeace and The Wildlife Trusts, called for the Government’s manifesto commitment to maintain animal welfare and food standards during trade talks to be enshrined in UK law.

The letter said: “We are all agreed that Brexit provides an opportunity to foster a sustainable, carbon neutral model of farming in the UK building on our reputation for high quality, safe and affordable food.

“There may be differences of opinion as to the best way of achieving that outcome, but we are all agreed that without the right domestic policy, supported by a progressive and ambitious trade policy, none of us will realise this shared vision.”

In the letter to Boris Johnson, members of the coalition offered to work with the Government to draft legislative provisions in the new Agriculture Bill which meet its commitment to safeguarding standards while allowing ‘sufficient flexibility to conduct meaningful trade negotiations’.

There would be ‘intense pressure’ on British negotiators to make significant concessions on the issue, they said, adding: “It is vital that we have more than just verbal assurances to ensure our standards are properly safeguarded.”

The letter also repeated the NFU’s calls for a trade and standards commission to be set up – a promise made by previous Defra Secretary Michael Gove, but which current Defra chief Theresa Villiers seemed to backtrack on at this year’s Oxford Farming Conference.

It added: “We believe that with the right policy framework and the establishment of a clear understanding of our shared vision for the future, Brexit can be a catalyst for UK farming not just to be the envy of the world, but to provide gold-standard model for high standard, high quality, sustainable food production.”

Last week the NFU joined forces with Friends of the Earth to write a similar letter to Theresa Villiers.

In it they welcomed Ms Villiers’ recent pledge to keep chlorine-washed chicken and hormone-treated beef out of the country in the event a US-UK trade deal is signed.

However, they said there was ‘no good reason’ for the Government not to write such protection into law, given the many verbal promises successive Ministers have made over the past three years.