Explained: The idea of ‘zero-budget’ farming, and why scientists are sceptical 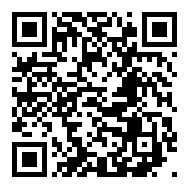 In the Budget speech, Finance Minister Nirmala Sitharaman had spoken of the need to “go back to basics”, and to “replicate this innovative model (that) can help in doubling our farmers’ income”.

The National Academy of Agricultural Sciences (NAAS), India’s premier academic body of agricultural scientists has, however, criticised the “unproven” technology of ZBNF, which it says brings no incremental value gain to either farmers or consumers. NAAS has written to the Prime Minister, expressing the scientific community’s reservations.

So, what is ZBNF?

ZBNF is a farming technique that seeks to bring down input costs for farmers by encouraging them to rely upon “natural products”, rather than spending money on pesticides and fertilisers. Proponets claim this system is also more environment-friendly, since it does not require chemical fertilisers and pesticides.

The concept behind ZBNF is that over 98 per cent of the nutrients required by crops for photosynthesis — carbon dioxide, nitrogen, water, and solar energy — are already available “free” from the air, rain, and Sun.

Only the remaining 1.5 per cent to 2 per cent nutrients need to be taken from the soil, and converted from “non-available” to “available” form (for intake by the roots) through the action of microorganisms.

To help the microorganisms act, farmers must apply ‘Jiwamrita’ (microbial culture) and ‘Bijamrita’ (seed treatment solution), and take up ‘mulching’ (covering plants with a layer of dried straw or fallen leaves) and ‘waaphasa’ (giving water outside the plant’s canopy) to maintain the right balance of soil temperature, moisture, and air.

To manage insects and pests, ZBNF recommends the use of ‘Agniastra’, ‘Brahmastra’ and ‘Neemastra’, which, like ‘Jiwamrita’ and ‘Bijamrita’, are based mainly on urine and dung of Indian cow breeds. The idea is that since these too, need not be purchased, farming remains practically “zero-budget”.

Proponents of ZBNF say that apart from increasing crop yield and leading to healthier produce, this model can also help prevent farmer suicides. Farmers fall into the debt trap mainly because input cost of agriculture is high, they claim, and ZBNF brings it down.

Whose idea is it?

The creator of the ZBNF model currently being practised in India is 70-year-old Subhash Palekar, a B.Sc in Agriculture, who has farmed his own land for decades in Maharashtra’s Vidarbha, and has also worked with farmer organisations in Karnataka and other states.

In 2016, the Indian government honoured him with the Padma Shri. A year later, then Andhra Pradesh Chief Minister Chandrababu Naidu appointed him an adviser, and allocated Rs 100 crore to promote ZBNF in the state.

Palekar says that in ZBNF, farmers use only local seeds, and need around 10% of the water required in conventional farming. He says his experience in his own fields — where he saw the yield depleting due to use of chemical fertilisers, modified seeds and pesticides — led him to develop this model, which he now calls “Zero Budget Spiritual Farming”.

What is the criticism?

Scientists say there isn’t much evidence to support Palekar’s claims of the efficacy of ZBNF, and that giving up modified high-value seeds and fertilisers can actually hurt agriculture.

Panjab Singh, president of the NAAS, says: “We reviewed the protocols and claims of ZBNF and concluded that there is no verifiable data or authenticated results from any experiment for it to be considered a feasible technological option.”

Another scientist from the Indian Council of Agricultural Research (ICAR) told The Indian Express: “78 per cent of air is nitrogen, but it is not freely available to plants. Being non-reactive, atmospheric nitrogen has to be fixed into a plant-usable form such as ammonia or urea. He (Palekar) is saying that ZBNF is effective only if dung and urine from black-coloured Kapila cows is used, and farmers sow traditional varieties/landraces. It means that all the high-yielding varieties and hybrids developed by us, which have trebled India’s rice production to 116 million tonnes, and increased it more than eight times to 102 million tonnes for wheat in the last 50 years, are useless.”

Where is this headed?

ICAR, India’s national network of agricultural research and education institutes, has appointed a committee under Praveen Rao Velchala, Vice-Chancellor of the Professor Jayashankar Telangana State Agricultural University to study the viability of ZBNF.

“We are examining if there is any science behind it, and its strengths and weaknesses, including vis-à-vis normal organic farming. Currently, experiments in growing crops using ZBNF are taking place in five research station locations, and we are also going to the fields of farmers who have supposedly adopted this technique. All this can be confirmed through analysis of soil data and fertility status,” Velchala told The Indian Express.