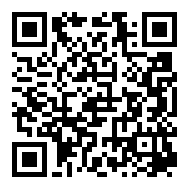 UK agrochemical development company Eden Research (Finstock, Oxfordshire) plans to submit the dossier for its encapsulated terpene-based biofungicide to the UK authorities by the end of this year. The product is for the control of grey mould (Botrytis cinerea) on grapevines and is subject to a licensing agreement between Eden and Cheminova.
Eden is finalising the dossier and meeting the Pesticides Safety Directorate (PSD) to prepare the submission. It is "confident" that it will complete the dossier in time to comply with the PSDs requirements under the biopesticide scheme. Having followed the pre-submission route, the company hopes to have addressed "likely questions" that may apply to its application, Eden non-executive director Clive Newitt told Agrow. From the date of submission, the draft assessment should be issued in 48 weeks, he adds.
Once Eden receives its draft assessment report, it plans to submit the dossier for further national approvals, with the aid of partners. The additional applications will target the southern Mediterranean region, towards the end of 2008/9, Mr Newitt notes. He described the next months as a "crunch time", which Eden will enter with a "good confidence level".
Following the prospective UK terpene-products registration, Eden will seek to broaden its agrochemical product range. Its research is targeting nematicide development, fungicidal treatments that target powdery mildew and downy mildew, cereal treatments, bacterial products, and insecticides, all of which will be terpene-based and encapsulated. In view of the variable composition and purity of plant-derived terpenes, Eden is working with purified extracts or synthesised versions.
Chief executive Tim Griffiths cites the companys encapsulation technology as key to bringing further products to the market. Edens encapsulation technology differs from others as the materials used are naturally derived as well as by-products of the bio-ethanol industry, Mr Hewitt notes. Another benefit is that its physical structure gives "higher potential loading" and greater efficacy, he adds. Products will be based on the technology, which Eden developed three years ago. "Because weve already started the basis of registration, it means that our next products coming to market will be [processed] much quicker," he says. Half of these will be fungicides, while the other half will be insecticides, Mr Newitt adds. The company plans to bring six products to the market by the end of 2009.
Cheminova may not be Edens partner for these future products, despite holding the right to first refusal. "Cheminova is not a global partner," Mr Newitt says. Rather, Eden may pursue deals with other companies depending on the geographical area. "It allows us to optimise, finding the best partner for a mix of countries and the product that we are offering," he explains. The company is confident that it will generate interest in its products, as the Cheminova partnership has boosted its credibility, he adds. As grey mould occurs on a range of crops, the company hopes to work with Cheminova to extend the uses of the terpene-based products in its markets. This will be in western Europe, as the deal excludes the eastern Mediterranean and Balkan territories.
The company sees these products as "core" to its future business. Eden will continue to conduct research on them to assess different formulations and ratios. Field trials are ongoing across the world, including in North America, Africa, Scandinavia and Asia. "We are looking to exploit the core technologies in as many different ways as we can," Mr Griffiths says.
View More