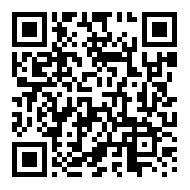 A rain-resistant wheat variety developed through genome editing, left, and a conventional variety (Provided by Okayama University and the National Agriculture and Food Research Organization)
Scientists have created a rain-resistant wheat variety using genome-editing technology, a breakthrough that could lead to the development of higher-quality flour.
The research team from the National Agriculture and Food Research Organization (NARO) and Okayama University said genome editing enabled them to develop the variety in just about a year.
It takes nearly 10 years to develop such a wheat species using conventional breeding technology because the plants must be bred over generations.
The wheat used for the study is not a species currently sold on the market, but the team believes the method utilized could someday succeed in developing an edible variety resistant to rain.
“The variety we developed has excellent properties, so we'll use it as a parent to create new species through breeding,” a team member said.
Since wheat is native to arid zones, it is vulnerable to humidity. When it rains for a long period before harvest, the plants' seeds often sprout on their ears, resulting in low-quality flour.
Kazuhiro Sato, a genome research professor at Okayama University, Fumitaka Abe, a chief researcher at NARO, and others targeted Qsd1, a gene found in barley and closely associated with sprouting.
Barley had been confirmed unlikely to germinate even under appropriate temperature and humidity conditions when Qsd1 didn't function properly.
Using the genome-editing technology called CRISPR/Cas9, the researchers created wheat seeds whose Qsd1 was genetically manipulated to inhibit its activity.
After watering the treated seeds for seven days, they found that only 20 to 30 percent sprouted. Almost all ordinary wheat seeds tested under the same conditions had sprouts.
The findings were published in the U.S. scientific journal Cell Reports on July 31.