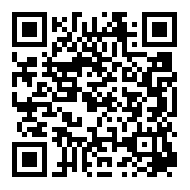 Statisticians at the Wageningen University & Research institute Biometris have developed a model that can predict the yield of many maize varieties in different climate zones quite accurately - With this tool, plant breeders can incorporate climate change in their breeding programme.
Biometris has collaborated with the French research institute INRA and other European research partners in a consortium for phenotyping of crops. Their aim was to measure the impact of environmental conditions on maize yield.
250 varieties

Biometris researcher Emilie Millet took part in the coordination of a network of 30 field trials in Europe in which 250 different maize varieties were grown under varying environmental conditions. In each field, the experimenters measured the yield, temperature, soil moisture and light intensity during the growing season.
13 tonnes

These field trials provided a lot of data about the influence of the environment on maize yield. The German experimental station in Karlsruhe, for example, has pretty good growing conditions (20 degrees Celsius on average, regular rain) and scored an average yield of 13 tonnes of grain per hectare, while the Italian experimental station in Bologna had dry and hot weather and only produced 3 tonnes per hectare.
Model

The researchers also grew the same maize varieties in the Montpellier Plant Phenotyping Platforms, where they could examine the impact of the weather conditions on plant development in greater detail. The Wageningen research group of Fred van Eeuwijk developed a statistical method to analyse the large amount of plant and environmental data. Moreover, they developed a model that can predict the yield of a maize variety under different environmental conditions given the variety’s DNA and its response to environmental conditions.
Accuracy

Millet and her colleagues tested this model by predicting the yield of 56 other maize varieties under 4 different growing conditions from another research project. The results showed that the model was quite accurate. When the corn yield was 10 tonnes per hectare, for instance, the model predicted a yield of 9 to 11 tonnes. Such an accuracy is unique, says Biometris researcher Willem Kruijer, the second author of Millet’s article in Nature Genetics.
Ranking

The model also allowed ranking the maize varieties in each environment and thus predicting which varieties perform best in a given climate zone. Plant breeders can use this ranking to breed new varieties by using plant material that is best adapted to a certain climate. The model can also include simulated environmental conditions, for instance derived from IPCC-reports. This helps plant breeders to predict how the maize varieties will perform in the expected climate change, so they can anticipate the growing conditions in the future, says Millet. The model can also be useful for crops like tomatoes and potatoes, says Kruijer, provided that breeders have sufficient data of different varieties and growing conditions of these crops.
View More