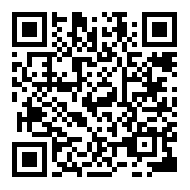 BASF is introducing its latest active ingredient Revysol (mefentrifluconazole) in South Korea. This innovative azole fungicide provides fast-acting, long-lasting and reliable performance to combat diseases on a broad range of crops, including high-value fruits, such as pears, apples and grapes – as well as rice. With the first global regulatory approval for the new compound received from South Korean authorities earlier this year, farmers in the country will be among the first in the world to benefit from the company’s latest offering.
“Revysol showcases BASF’s strength in innovation. It offers superior activity, excellent selectivity, and outperforms where conventional triazole fungicides fail due to resistance issues,” said Gustavo Palerosi Carneiro, Senior Vice President, Agricultural Solutions, Asia Pacific. “With more than half the world’s population in Asia Pacific, farmers in the region have a major challenge in meeting the growing demand for high-quality and nutritious food. We’re pleased that we can bring this innovation to farmers in Asia first before anywhere else.”
In rice cultivation, Revysol shows outstanding protection against sheath blight and dirty panicle – two common diseases that plague growers around Asia. Revysol also can be used to control harmful diseases in a broad range of crops such as cereals, specialty crops, and turf and ornamentals, in both foliar and seed treatment applications - meaning the new fungicide will be a useful tool for farmers around the world.
BASF has a strong track record of developing and launching state-of-the-art fungicides, including F500® and Xemium®active ingredients, which are widely used in Korea and around the world. BASF has been working closely with its local partners in Korea to get approval for the first formulated products powered by Revysol in 2019.
To further meet customer demands in Asia Pacific, the company has focused on introducing new innovations to the region. Earlier this year, BASF launched its new insecticide active ingredient, Inscalis, in India and Australia, with plans to further expand into other countries in Asia Pacific by 2021. With its recent acquisition of assets and businesses from Bayer Crop Science, BASF has added the non-selective herbicide, Basta, into its portfolio, in addition to a range of seeds businesses including vegetables.
View More