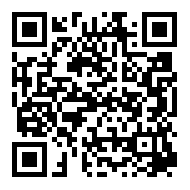 At the AgroChemEx 2018 to be held on the 16th October 2018, China Crop Protection Industry Association (CCPIA) is going to release the list of winners of the 11th Chinese Pesticide Innovation Award. According to an earlier public notice of selected winners, Shandong Binnong Technology (ACE Booth NO. 1A19)is listed on the winners of the 11th Chinese Pesticide Innovation Prize.
Mesosulfuron is a representational sulfonylurea herbicide, which was launched to market in 2002. From 2003 to 2011, the compound annual growth rate of the product reached as high as 20.03%. In 2013 and 2014, its sales reached respectively $280 million and $250 million. The global sales of 2016 was $215 million.
As a prime product variety applied to wheat-field malignant weed control, mesosulfuron plays an important role in agricultural production. In Chinese domestic market, the product is mainly used for control of grassy weed in wheat field, especially against aegilops tauschii, the damage by which has become more and more serious, resulting in increased demand for the product year by year.
In terms of production process, mesosulfuron synthetic route is quite long and uneasy. At present, no small number of factories are using rather outdated production process, which causes serious pollution. With the implementation of the new pesticide regulation and the stringent environmental compliance regulation, small workshop will be no longer be able to run their productions. To meet the market needs, through 8-year hard try, Binnong Technology has successfully developed a mesosulfuron technical clean production process, which has been running stably. On this basis, the company has further developed a 30g/L mesosulfuron OD (Maiye) and 3.6% mesosulfuron·iodosulfuron-methyl WDG (Maixiang), which have good effect on control of the tough aegilops tauschii, lolium multiflorum, blue grass and alopecurus japonicas, being proved to be effective via applications in the 8 provinces of China including Jiangsu, Anhui and Shandong.
As the largest selective herbicide producer in China, Binnong Technology holds a high market share in Chinese market. According to Binnong, the successful development of mesosulfuron new synthesis technique is expected to further reinforce the competitive edge of the company in herbicide market particularly in the wheat-field herbicide market. Additionally, it helps to reduce the cost of application in favor of farmers to the best interest of global crop growers.
At present, global agrochemical market is mostly dominated by multinationals. In order to have a place in the market, Chinese enterprises relying mainly on generic products are trying to implement differentiated product strategies as backed up by technical innovation. For pesticide technical production, Binnong Technology will continue optimization of production process, cut down of cost of production and reduction of waste discharge; for product application development, Binnong Technology is prepared to develop customized product tailored to different market regions and climate conditions, and will constantly conduct formula optimization and upgrading to find a best balance between cost and efficacy.
Binnong Technology was founded in 2003, being capable of production of some 30 kinds of pesticide technical and over 100 formulations. The company’s amide, s-triazimne, dinitraniline, organophosphorus and phenoxy acid herbicide technical productions are running systematically in large scale with annual output of above 90,000 tons. At present, the sales network has been established across North America, South America, Asia, Africa, Europe and Australia. In 2017, the company achieved sales of Yuan2.584 billion, having been listed on the Top 30 Chinese Exporters for 4 consecutive years.
View More