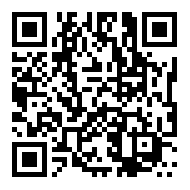 Davide Ceper joined Isagro’s top management team in 2015 after having spent his entire career in management consulting at McKinsey & Company. He moved from the position of Group Director Marketing & Sales to the position of Chief Commercial Officer in April 2017.

Since April 2018 he took on the role of General Manager, with responsibility for the entire value chain of the company, including R&D, Regulatory, Supply-Chain and Marketing & Sales.

Gianluca Fusco holds a Degree in chemical engineering. After an experience in the chemistry sector in various commercial roles at Exxon Chemical and Ciba-Geigy, he entered the agrochemical sector in 1997 as CEO of Solplan S.p.A. (Zeneca). In the following years, after the creation of Syngenta, he held various international roles in the sales & marketing function in the crop protection, seeds and flowers business.