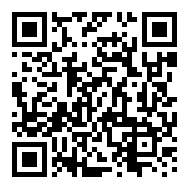 Sen. Patrick Leahy (D-Vt.) and Rep. Peter DeFazio (D-Ore.), joined by 49 other representatives and five other senators, are asking Agriculture Secretary Tom Vilsack to retain the regulated status of genetically engineered (GE) alfalfa.  Their letter comes in response to a USDA Draft Environmental Impact Statement (DEIS) finding "no significant impact" from the use of genetically modified versions of the crop.

They warn that GE alfalfa would contaminate the crops of both conventional and organic alfalfa farmers, resulting in significant economic harm to alfalfa seed producers and to the organic dairy industry.  The fast growing organic dairy sector currently generates about $1.4 billion in sales.

"Consumers today respect and rely on what the USDA certified organic seal represents, which includes no GE contamination," says the letter headed by Leahy and DeFazio.  "If the USDA organic seal no longer represents a GE-free product, the integrity of the entire organic industry in this country will be compromised and consumers may no longer choose organic products."

This week, the U.S. Supreme Court announced its 7 to 1 decision in a case related to the USDAs potential deregulation of GE alfalfa.  In the Monsanto Co. v. Geerston Seed Farms decision, the court ordered the lifting of a nationwide permanent injunction on GE alfalfa.  The case is widely viewed as having broad implications beyond alfalfa crops, potentially affecting the hundreds of GE food applications that have been submitted to USDA to determine environmental threats and seeking approval for use.