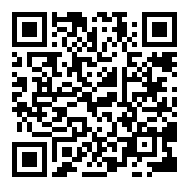 The Government’s new chief scientist will press ministers to reopen the case for growing genetically modified crops commercially and back the construction of a new generation of nuclear power stations.

John Beddington, who succeeds Professor Sir David King in the influential job, endorsed his predecessor’s outspoken support for the controversial technologies, saying that he saw both as important to Britain’s future.

In his first public appearance since his appointment, Professor Beddington told MPs that he saw no safety reasons for opposing GM crops, which could help to boost farm yields and keep down food prices. Although GM technology would not be the right solution for every agricultural problem, and it would be important to assess the environmental impact, he said that the new crops should be considered on their merits, case by case.

Professor Beddington took a similar approach to nuclear power, saying that although a new generation of reactors would not solve Britain’s energy needs on their own they would be an important part of the mix.

His support for GM technology comes as scientists and business leaders have sought recently to put the issue back on the Government’s agenda.