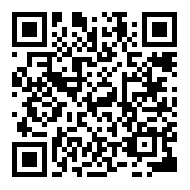 By CCM - In December 2016, the last month of a fluctuating export year for glyphosate in China, China’s manufacturers exported 26,566 tonnes of glyphosate technical, 4,742 tonnes of PMIDA, and 45,852 tonnes of glyphosate formulation. These amounts round up the overall slight rising export trend of glyphosate in 2016, which a month on month increase of 3.83%, 89.38% and 16.76% respectively and a year on year change of +35.66%, -27.55%, and +36.75% respectively.
Tranalysis now reveals the top 10 Chinese exporters throughout the year 2016 with the data of China Customs, ranked by their export value.
China’s top glyphosate exporters in 2016, ranked by export value
Source: Tranalysis and China Customs
As seen in the table, Fuhua Tongda was the biggest exporter of glyphosate in China in 2016. Even Shandong Weifang had a lower export quantity than Nantong Jiangshan, the total export value was higher, due to the higher unit price at which the company exported their commodities. According to Tranalysis, the average unit price of glyphosate exports of Shandong have been USD2.52/kg, while Nantong Jianshan exported their goods at an average unit price of USD2.13/Kg in 2016.
The share of the top 10 glyphosates exporters in the total glyphosate export from China is 56.85%. Hence, the top 10 exporters were only responsible for a bit more than half of the total exports, which demonstrates the high competitiveness in China’s glyphosate market. Unlike other industries in China, the glyphosate industry has no dominating companies to rule the pricing or policy. The total value of glyphosate exports has been more than USD1.8 billion in 2016, with a shipping quantity of almost 867 million kg.
The main destiny of the glyphosate exports from China has been Australia, Brazil, the USA, Argentina, and Thailand. Of those, Australia was the country with the highest import volume of glyphosate from China, importing almost 106 million kg. However, looking at the total value of imports, Brazil was in the first rank with almost USD267 million. Australia’s import value did barely reach USD220 million.
What’s more, bad news about the dangers of glyphosate still causes a decent demand for this herbicide in 2017 worldwide. Hence, the export volume is not likely to rise a lot in the new year. But, production limitations and costly environmental protection systems in China’s heavy-polluting industries are increasing the global acceptance of higher unit prices for glyphosate in China.
Finally, as a result of the limited oil production of the OPEC members, rising oil prices will likely increase the costs for pesticides worldwide, which China’s manufacturers are going to follow, leading to even higher unit prices once more.
View More

Source: CCM
Click to bookmark and build your agrochemical knowledge base
Print
ForwardShare