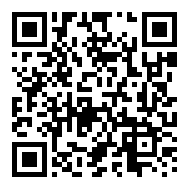 More than 1,600 foreigners want to invest in Brazil, emphasis on bio-inputs

BRANDT recently announced that its new proprietary nutrition products were a key part of Randy Dowdy’s 2016 soybean fertility program and were among the crop inputs credited with helping set the new world record for soybean yield.
Randy Dowdy is a well-known local and national yield champion and consultant for corn and soybean production. BRANDT has been working with Dowdy and his test plots over the last few years, with the goal of helping him elevate his corn and soybean nutrition program to maximize quality and yield. BRANDT Territory Sales Manager, Katherine Williams, worked with Dowdy and Southern States on a fertility program used on Dowdy’s 3.15 acre soybean test plot for the 2016 Georgia Soybean Production Contest.
BRANDT products used in the Dowdy’s 2016 soybean fertility program include: BRANDT Smart Quatro® and Manni-Plex® high performance foliar nutrients; and N-Boost® bio yield enhancer. These products are part of BRANDT’s core soybean nutrition program designed to help soybeans reach their full genetic potential.
“Congratulations to Mr. Dowdy on this great achievement. We would like to thank Mr. Dowdy and Southern States for entrusting BRANDT and including our nutritional products in the fertility program for this yield contest,” said Williams. “We are honored to have the opportunity to work with progressive, record breaking growers of Mr. Dowdy’s caliber.”
University of Georgia oversees the Georgia Soybean Production Contest. In 2014, Dowdy broke Georgia’s soybean record with a 110.66 bushel per acre harvest. Dowdy also won the National Corn Growers Association National Corn Yield Contest in 2014 – harvesting 503 bushels per acre.
“We are so proud of this great achievement and thankful for all of the great people and companies that helped contribute to this soybean record. I would like to give special thanks to BRANDT. I continue to be impressed with the performance of BRANDT’s nutrition products and the company’s innovation in plant health.” said Dowdy.
View More