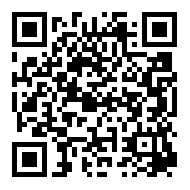 Advanta will be dropped from S&P BSE indices from August 1 on account of its merger with group firm UPL Ltd.
Advanta would merge with the agrochemical major as part of a strategy to provide agri-solutions through a single entity and enhance shareholder value.
"Advanta is being acquired by UPL effective Monday, August 1, 2016. Effective at the open of Monday, changes will be made to the...indices," BSE said in a statement on Tuesday.
Accordingly, Advanta would exit the list of S&P BSE 500 companies and would be replaced by optical fibre maker Sterlite Technology from August 1.
The seed firm would also be dropped from S&P BSE AllCapl, S&P BSE Fast Moving Consumer Goods, S&P BSE MidSmallCap and S&P BSE SmallCap indices.
Under the merger, the entire business and whole of the undertakings of Advanta along with its assets, debt, liabilities and employees, among others, will be transferred to UPL.
View More

Source: NDTV
Click to bookmark and build your agrochemical knowledge base
Print
ForwardShare