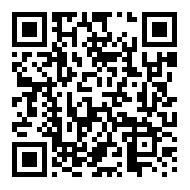 Chinese company Yifan Biotechnology Group recently announced it has expanded its herbicide Flumioxazin's production capacity from 5 tons per month in 2015 to the current 30 tons per month.
Flumioxazin, originally developed by Sumitomo Chemical, is a broad-spectrum contact herbicide used to control select grass and broadleaf weeds. It can be applied to soybeans, cotton, sugarcane and so on and works by interfering with the plants’ production of chlorophyll. The global sales of Flumioxazin in 2013 reached $195 million.
Yifan registered Flumioxazin TC with the Chinese Ministry of Agriculture in November 2014. The company has the ability to support its partners in registering for the whole set of GLP  studies,  including 5-batch, phys–chem, 6-pack toxicity, the Ames Test, and the Micronucleus Test. Yifan has started the registration process with its partners in South America, Brazil, Argentina, Paraguay, and so on. Meanwhile, the company has become the first mass-producing manufacturer of Flumioxazin technical, with a purity of 98%, in China.
In 2015, China's export value of Flumioxazin was only $600. Yifan believes this will increase rapidly when global demand for the product rises.
Flumioxazin will potentially be included in Yifan’s marketing strategy. The company has two production plants, located in Wenzhou and Qidong, with annual turnover of $200 million. Besides Flumioxazin, it has other competitive products that can support registration with all GLP reports, such as Oxyfluorfen, Clethodim, Prothioconazole, Metalaxyl-M, Fipronil, Clodinafop-propargyl, Picoxystrobin, and Pinoxaden.
View More