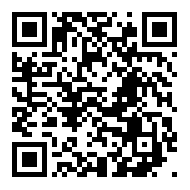 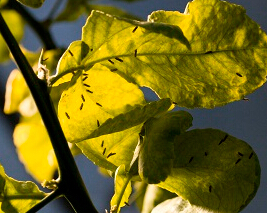 International researchers, including ones at the University of Florida and Florida State University, are sharing in a $4 million grant from the United States Department of Agriculture to attack the problem of citrus greening, a disease that has devastated citrus crops in Florida.

Dean Gabriel, a professor of plant pathology with the UF Institute of Food and Agricultural Sciences and project director, said their work will concentrate on culturing - or growing - the greening bacterium in the laboratory in order to be able to conduct experiments on it. So far, researchers have not been able to do this, creating a major stumbling block to understanding the bacterium and developing treatments.

"People don't seem to realize the damage this organism has already done to Florida citrus. Orange production dropped more than 50 percent in the last four years, and the pace is quickening," Gabriel said. "Current treatment testing protocols take years to set up and perform because we can't culture and rapidly evaluate efficacy. We simply don't have multiple years left to test new treatments."

Kathryn Jones, an FSU associate professor of biological science, is also part of the research team.

The disease bacterium first enters a citrus tree via the tiny Asian Citrus Psyllid. When introduced into the plant by leaf feeding, the bacteria then move through the tree via the phloem - the veins of the tree. The disease starves the tree of nutrients, damages its roots and the tree produces fruits that are small, and misshapen, and have reduced quality, making it unsuitable for sale as fresh fruit or, for the most part, juice. Most infected trees eventually become non-productive and the disease has already affected millions of citrus trees in North America.

Citrus greening was first detected in Florida in 2005. Florida has lost approximately $7.8 billion in revenue, 162,200 citrus acres and 7,513 jobs since 2007, according to researchers with UF/IFAS.

Although current methods to control the spread of citrus greening are limited to aggressive psyllid control and the removal and destruction of infected trees, UF/IFAS researchers are working to defeat it on a number of fronts, including trying to suppress the psyllid, breeding citrus rootstock that shows better greening resistance and testing chemical treatments that could be used on trees.

"There are a number of new approaches to combatting plant diseases, including plant genetic modifications and nanotechnologies," Gabriel said. "These have been unusually hard to evaluate simply because the causal bacteria cannot be cultured - or grown - in the lab and shipped to other scientists for their research. This team effort is to develop means to rapidly evaluate the efficacy of various approaches against this emerging global threat, not just to citrus but to other crops, including potatoes and tomatoes."

For her part, Jones will use bacterial viruses to target and manipulate close relatives of that bacterium to hopefully develop a strategy for targeting the bacteria that causes citrus greening.

"I've always been interested in plant bacteria interactions," Jones said. "My focus has always been on genetics and this project builds on past work we've done in my lab."