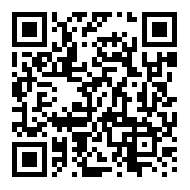 Bayer CropScience is preparing to launch two new rice-pesticide active ingredients in Japan. The first, slated for pesticide registration by the year-end, is tefuryltrione, a one-shot herbicide for paddy fields, and the second, for registration in the spring of 2010, is isotianil, a rice-blast bactericide.

The company expects both chemicals to be well accepted in the domestic market, as they allow farmers to cater to the growing consumer preference in Japan for crop cultivation with fewer pesticides.

Tefuryltrione, to which Bayer has given the development code AVH-301, is jointly developed with the National Fedration of Agricultural Co-operative Association, or Zen-Noh, and Hokko Chemical Industry. It is a triketone herbicide with a wide-killing spectrum that is effective against sulfonylurea-tolerant weeds as well as annual and perennial weeds belonging to the Cyperus microiria Steud family. It induces their death by acting on 4-hydroxyphenyl pyruvic acid dioxygenase, inhibiting pigment synthesis in the plants. Bayer expects to obtain Japanese pesticide registration within the year for Bodyguard, a mixed formulation with Innova herbicide active ingredient fentrazamide, and Possible, a mixed formulation with Zark herbicide active ingredient mefenacet.

Isotianil, developed with Sumitomo Chemical, stimulates disease tolerance to rice blast in rice plants. It has the advantages of longer residual effect and needing fewer applications than rival products. Bayer plans to sell it in Japan under the name of Routine as a mixed formulation with various insecticides.