US debut for Bayer's Laudis 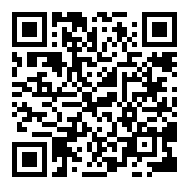 Favorites Print
ForwardShare
Dec. 13, 2007
Bayer CropScience plans to introduce its new maize herbicide, Laudis (tembotrione), in the US next year following its recent approval by the EPA. The Agency established tolerances for tembotrione on maize, sweetcorn and popcorn in late September and approved the herbicide on all types of maize this month. Tembotrione received its first global approval in Austria earlier this year.
Laudis is a post-emergence herbicide with activity against a wide range of broadleaf weeds and grasses. Among the broadleaf weeds controlled are pigweeds (Amaranthus spp), ragweeds (Ambrosia spp), lambsquarters (Chenopodium album), velvetleaf (Abutilon theophrasti) and cocklebur (Xanthium strumarium). "We have also seen Laudis outperform other post-emergence hericides, when it comes to stubborn grass weeds," says maize herbicide marketing manager Jeff Springsteen. Grass weeds controlled by Laudis include barnyardgrass (Echinochloa crus-galli), foxtails (Setaria spp), shattercane (Sorghum bicolour) and crabgrass (Digitaria spp).
Bayer recommends that Laudis be applied from crop emergence to when plants are no taller than 4 inches (10 cm). The product's residual activity ensures that it is effective until the maize canopy closes. However, there are no rotational restrictions for following soybean crops, Bayer notes.
Laudis is recommended for use at 3 fl oz/acre (0.2 litre/ha) or at 2 fl oz/acre when mixed with Bayer's Liberty (glufosinate-ammonium) for use on LibertyLink maize. The flexibility of Laudis enables it to be used in any herbicide programme, Bayer says. The addition of Laudis to glyphosate for use on Roundup Ready maize can extend glyphosate's control of both grass and broadleaf weeds, the company adds. Tembotrione is a 4-hydroxyphenyl pyruvate dioxygenase (HPPD) inhibitor, with no known weed resistance. The herbicide is therefore seen as being useful in resistance management programmes.
View More