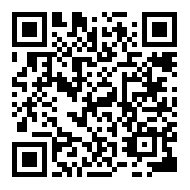 Favorites Print
ForwardShare
Jun. 25, 2015
Australian farmers continue to embrace GM technology in greater numbers and have now planted more than 1.5 million hectares of Monsanto's Roundup Ready® canola since its introduction in 2008.
Despite an expected 9% drop in the size of this season’s overall canola crop, local growers have purchased a record one million tonnes of Roundup Ready canola seed, up 15% on last season.
More than 436,000 hectares of GM canola will be planted this year, up from nearly 350,000 hectares last year. GM canola varieties now make up 22% of the canola planted in the states that allow GM canola to be grown – Western Australia, Victoria and New South Wales.
Monsanto Australia Managing Director, Daniel Kruithoff, said farmers continue to turn to Roundup Ready canola despite a tough start to the canola season.
“Another strong increase in the area planted to Roundup Ready canola varieties clearly demonstrates the ongoing value growers see in the technology. Nearly 1,200 farmers will grow GM canola this season, 20% more growers than last year, and we expect this growth to continue.
“Roundup Ready canola boosts the productivity of farmland by providing growers with an effective tool to manage weeds which are estimated to cost farmers about $1.5 billion to control and an additional $2.5 billion in lost agricultural production.
“Growers are also turning to Roundup Ready canola to improve their yields through high performing GM varieties.
“It is becoming clear that GM crops will play a bigger role in helping Australian farmers meet the growing demand across Asia for our quality food and fibre, thanks to the growing acceptance and cultivation of GM crops across the region.
“Australian growers are facing strong competition in key markets such as China and Japan which last year imported $4 billion worth of canola, most of it GM, from Canada,” Mr Kruithoff said.
The share of Roundup Ready canola planted this season rose in every state reaching 30% in WA, 13% in Victoria and 11% in NSW.