Pesticides use jumped up 162% in 12 years‏ in Brazil 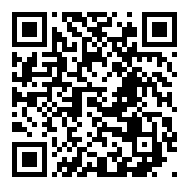 According to a research from the Brazilian Association of Collective Health (Abrasco), there was an increase of 162.32% in the volume of pesticides assumed between the years 2000 and 2012. The data of the study called "Abrasco Dossier - An alert on the impacts of Agrochemicals on Health" was released in an event at the State University of Rio de Janeiro.
"Since 2009, Brazil dominated the position of largest consumer of agrochemicals. The consumption would be 5.5 kilograms per Brazilian per year," affirmed the director of the Brazilian Association of Agroecology, Paulo Petersen.
Petersen explains the increase is directly related to the expansion of monoculture and transgenic. "When GMO products were launched, advertisement said the use of agrochemicals would be reduced because they would be resistant to plagues, while what we've verified was quite the opposite. Not only agrochemicals are more used, but stronger, more powerful agrochemicals have been used. We were led to import on urgency policy some agrochemicals that were not even allowed in Brazil to combat plagues on soybeans and cotton that were attacked by caterpillars," says Petersen.
According to Petersen, 22 of the 50 active ingredients more often used in Brazil are banned in other countries: "We are having a totally out of control situation, the state does not comply with the procedures of enforcement and the legislation is also not enforced".
"We insist the idea, confirmed by several official bodies, that it is possible to reduce significantly the use of agrochemicals in Brazil without compromising the economic efficiency of Brazilian agriculture," affirmed the researcher.
The dossier, which is a revision of the version published in 2012, brings a fourth chapter that points out for the path of agroecology as a sustainable and healthy production in Brazil. "This chapter presents several experiences of different regions in the country. This demonstrates that it is perfectly possible to be economically viable, environmentally sustainable, benefit to public health and producing in high quantity and quality".
Among the most urgent actions, the dossier proposes: prioritizing the implantation of a National Policy of Agroecology replacing the public funding of the farm business; pushing international debates and face the concentration of the world food system; banning agrochemicals that already are prohibited in other countries; reviewing the parameters of potable water in order to limit the accepted chemicals substances and curbing the maximum permitted and prohibiting the aerial spraying of agrochemicals.