New strains of stem rust on wheat in Ethiopia, Germany 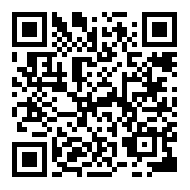 Favorites Print
ForwardShare
Apr. 7, 2014
Outbreaks of a deadly fungal disease stem rust in wheat crops in Germany and Ethiopia in 2013 are being examined to identify any similarities of the different strains in the 2 countries.

In Germany, "the occurrence of stem rust was favoured by a period of unusually high temperatures... and an unusually late development of the wheat crop due to cold spring and early summer temperatures,"
explained Kerstin Flath, Julius Kuehn-Institut. The outbreak occurred in June 2013 in central Germany, a mainly wheat producing area, and was the 1st in the country in several decades.

David Hodson, CIMMYT International Maize and Wheat Improvement Centre, said the analysis presented on the German outbreak showed "there were some clear specific differences between the races present in Germany compared to Ethiopia, although the races were similar and fitted into the same race group. The key factor was the presence of a suitable host and the appearance of a race that was able to attack it."

Flath said the big question on the German outbreak was whether it "was a unique situation or will repeat this year 2014" -- particularly because they had had a rather mild winter, so the spores might have survived. She reckoned a changing climate will "definitely" favour this thermophilic fungus.

Wheat stem rust is caused by the fungus _Puccinia graminis_ f. sp.
_tritici_. Overall yield losses of up to 80 percent are reported, but some fields are totally destroyed. Stem rust spores are spread by wind and with infected straw. Some grasses or volunteer wheat may generate a "green bridge" providing inoculum for the next cropping season.

Disease management may include fungicide applications, control of volunteer wheat, and resistant varieties if available. New races are emerging, including Ug99 group strains, which have overcome the major resistance gene Sr31 used in current wheat varieties.

The strain identified in Ethiopia has confirmed virulence on resistance genes Sr5, 21, 9e, 7b, 6, 8a, 9g, 36, 9b, 30, 17, 9a, 9d, 10, Tmp, McN, but is avirulent on Sr11, 24, 31 and therefore does not belong to the Ug99 group. It is not clear whether it is a recent incursion or a local mutation. In Germany, research is ongoing to characterise the new strains in that region and assess their effects on available wheat varieties. Relationships between the emerging strains from Europe and Africa will need to be clarified.